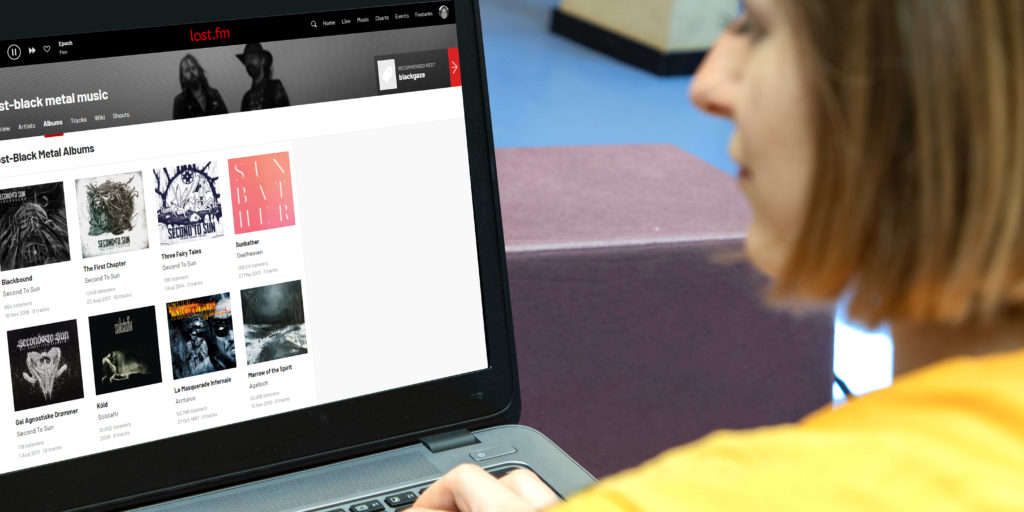 „Since more and more music is becoming available via music streaming services, music recommendation systems have become essential for helping users to search, sort and filter extensive music collections. However, the quality of many cutting-edge music recommendation techniques for non-mainstream music users still leaves a lot to be desired. In our study we established that the willingness of a music user to listen to the kinds of music outside of his or her primary music preferences has a positive effect on the quality of recommendations. Thinking out of the box pays off even when it comes to listening to music,“ explained Dominik Kowald, first author of the study and Head of Research Area Social Computing at Know-Center.

“First, we established a computational model for artists, to whom music users listened most frequently. Based on this model, we were able to predict the probability of music users’ liking the music recommended to them by four common music recommendation algorithms. We found that listeners of mainstream music appeared to receive more accurate music recommendations than listeners of non-mainstream music“, stated Elisabeth Lex, the study’s scientific leader and Associate Professor of Applied Computer Science at Graz University of Technology.

Non-mainstream music listeners have been assigned by an algorithm into the following categories based on the types of music they most frequently listened to: users of music genres with only acoustic instruments (e.g. folk), users of high-energy music (e.g. hard rock, hip-hop), users of music with acoustic instruments and no vocals (e.g. ambient), and users of high-energy music with no vocals (electronica).

Stefanie Lindstaedt, CEO of Know-Center and Director Institute of Interactive Systems & Data Science (ISDS) at TU Graz stated: „At Know-Center we research smart recommender algorithms for various contents and domains. We often face the problem of insufficient recommendations generated for users who have no mainstream preferences or for rarely used contents. However, we have made significant progress and will integrate the study’s findings into our recommender offers. Moreover, we would like to put this knowledge to good use by reducing discrimination potentials of algorithms in general in order to advance the development of trustworthy artificial intelligence within Austria and Europe.“

The authors pointed out potential benefits of their findings for the development of music recommendation systems that will provide more accurate recommendations to non-mainstream music listeners. However, they caution that since the study was based on a sample from Last.fm users, the results may not be representative of all Last.fm users and users of other music streaming platforms.

Know-Center is one of Europe’s leading research centers for Data-driven business and Artificial Intelligence (AI). Since 2001, well-known companies have been supported in using data as a success factor for their business. The center successfully handles numerous projects and contract research at EU and national level as an integral part of the European research landscape. The K1 Competence Center, which is funded by COMET, is the leading training center for data scientists in Austria and offers a range of AI training and consulting services to companies. The majority shareholder of Know-Center is Graz University of Technology, a major contributor to domestic AI research, whose institutes handle numerous projects together with Know-Center. In 2020, Know-Center was the only Austrian center to receive the iSpace Gold Award by the Big Data Value Association in the category “European Innovation Space”. www.know-center.at

Would you like to receive our latest media releases automatically by e-mail? Then simply enter your data in our press distribution list: