Research and technology trends in Big Data and AI

We are in the process of preparing our fourth COMET application and are looking for partners to jointly explore the potential of these key technologies:
Learn more about the advantages and opportunities of a COMET partnership and secure your access to funded top-level research.

People who are interested in the topic, especially people with an industrial background (all domains)

Recent advances and successes of Deep Reinforcement Learning have clearly shown the remarkable potential that lies within this compelling technique. DRL systems can be deployed across a broad variety of domains, such as robotics, autonomous driving or flying, chess, go or poker, in production facilities and in finance, in control theory and in optimization, and even in mathematics. This list could be extended to an almost arbitrary length. But what is it that makes DRL successful in all those very different applications? The answer to that question is that DRL systems are designed to be generic learning schemes that are – at least in principle – not limited to what task they learn. However, there are also a variety of issues one has to deal with when deploying DRL agents to solve problems. For example, one needs simulation environments to train the systems that capture all relevant aspects of the real world system the trained agent is immersed in after learning. Sometimes it can also be particularly hard for a DRL agent to learn a certain task. There are several other technicalities that have to be mastered carefully in order to produce a successful agent. Nonetheless, DRL is currently one of the most promising, interesting, and exciting fields of machine learning. Exploring DRL applications now can mean having the upper hand in key technologies in a few years. Want to learn more and discuss with us? Then join our session! We are really excited about meeting you there!


After the event you will know: 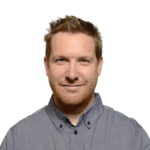